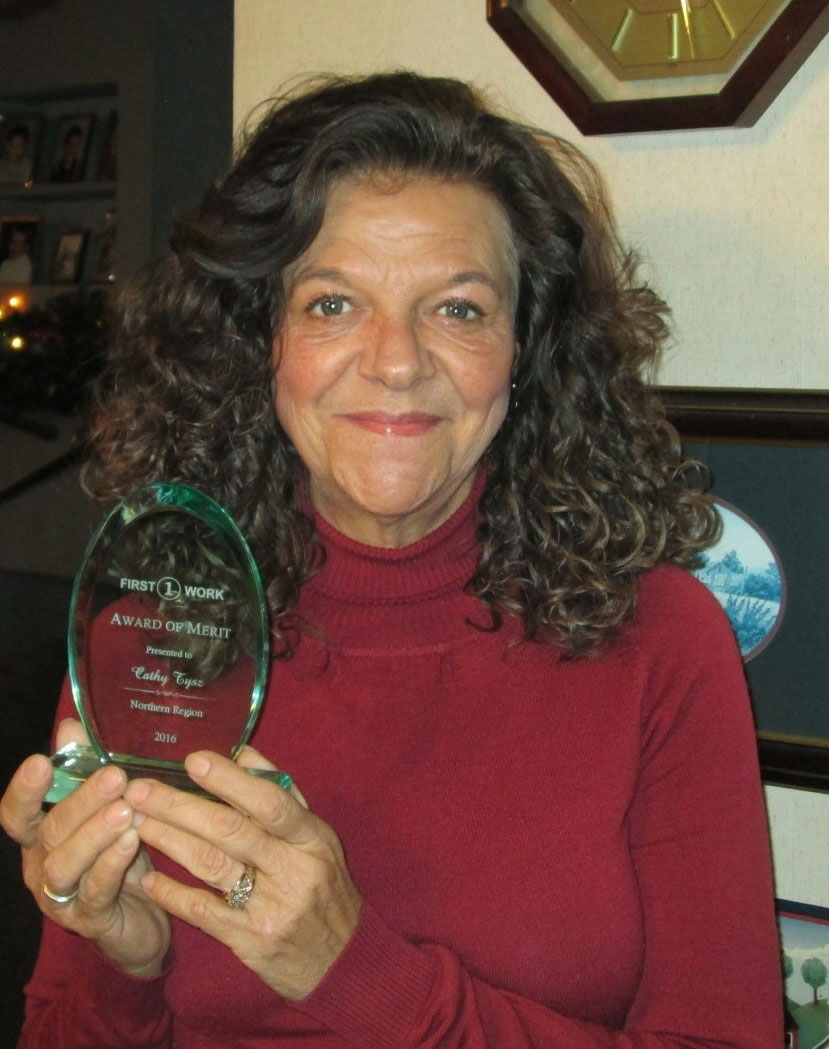 The Award of Merit was presented to Cathy Tysz at the First Works Futures Conference in Toronto, September 2016. The award was in recognition of Cathy's dedication and support of the youth in the Rainy River District. 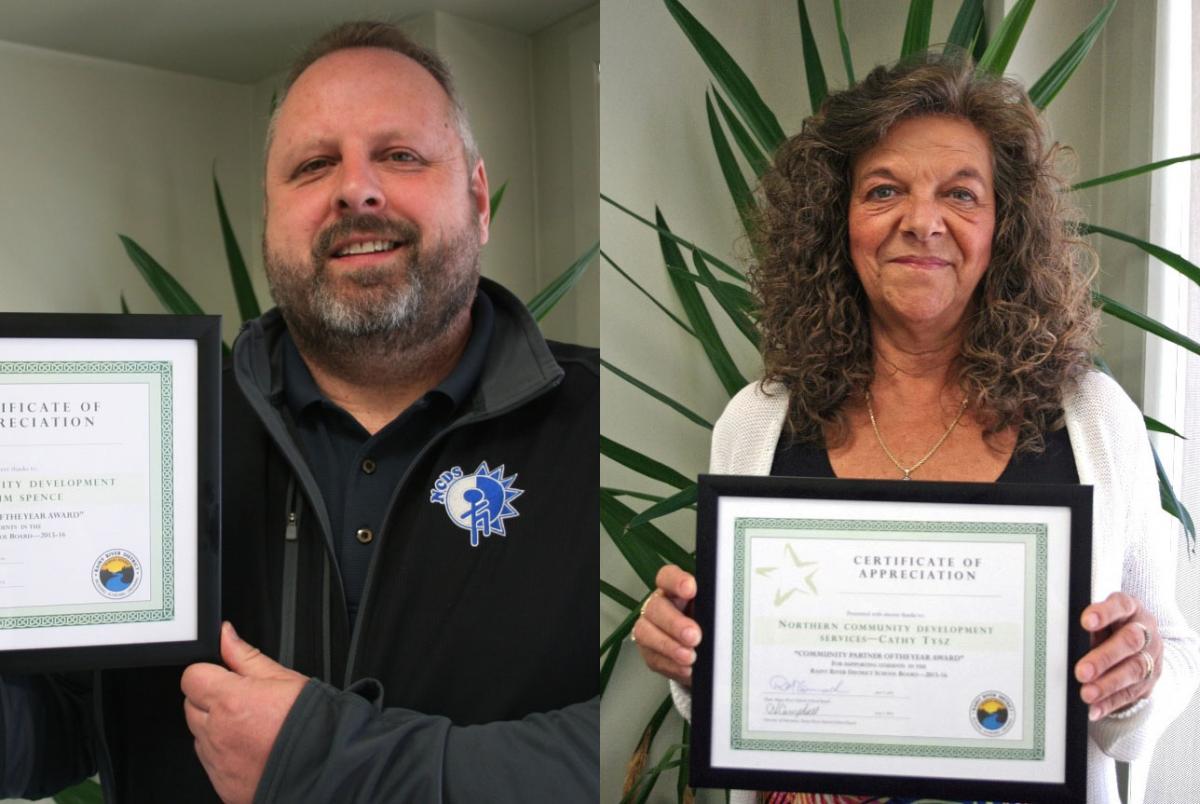 Cathy Tysz - Youth Job Connection Coordinator and Tim Spence - Job Developer, were presented with Community Partner of the Year Awards in June 2016. The awards were in recognition of their support of students in the Rainy River District School Board. 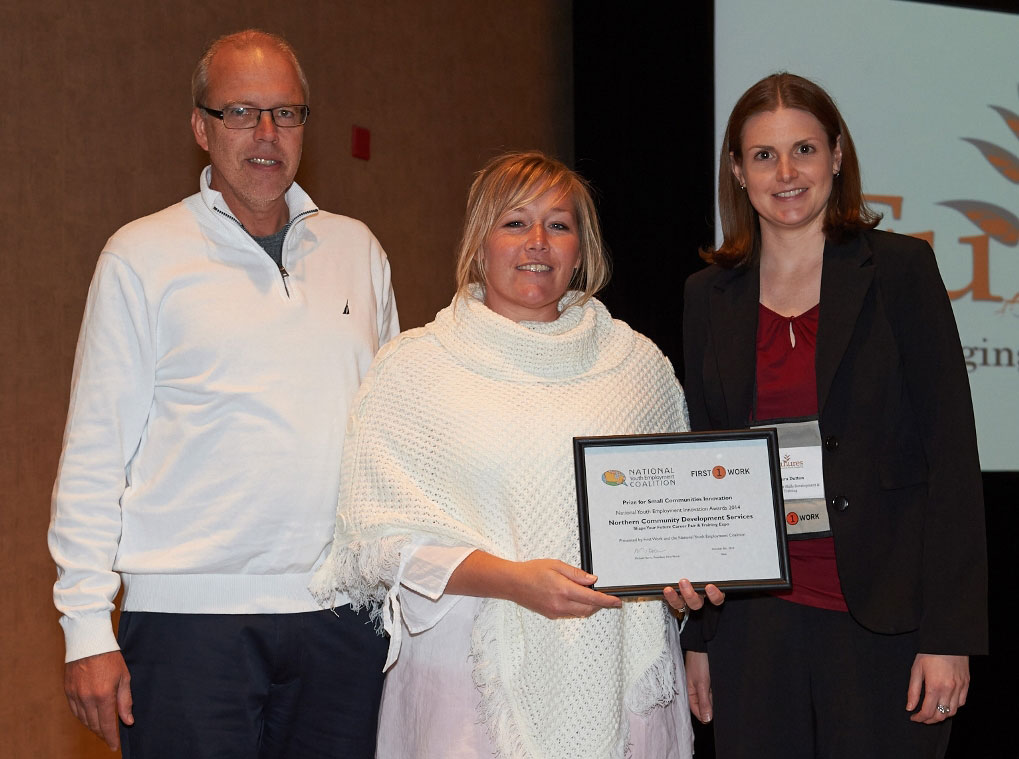 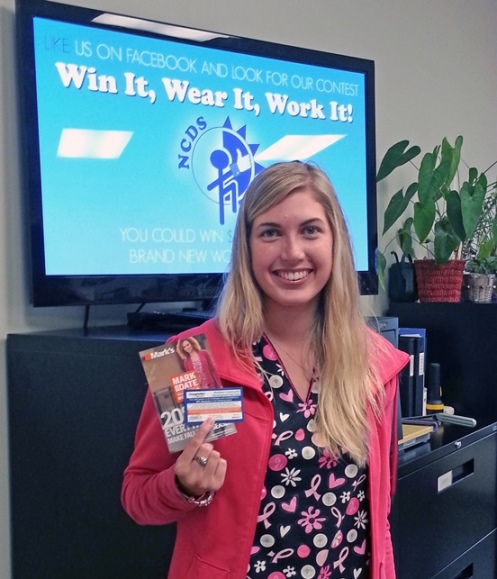 Katie Blais, shows off her $250 gift certificate from Mark's Work Warehouse. Katie was the winner of our Win It, Wear It, Work It contest on Facebook in September 2013 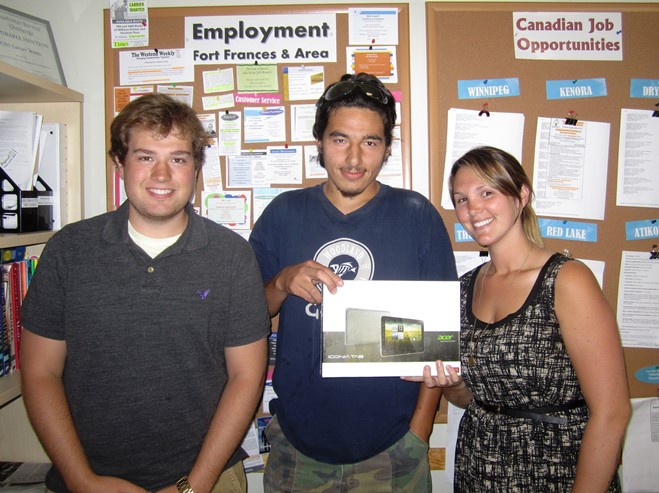 Chris Cupp, center, was the winner of the Acer Tablet draw in August 2013. Presenting the award from NCDS are Tyson Grinsell and Sarah Marusyk. 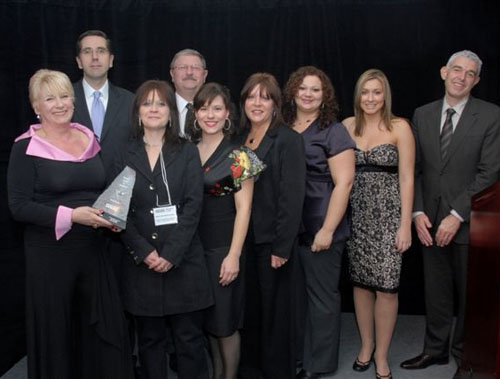 Jenny Greenhalgh and the NCDS staff accept the Ministers Silver Award for Excellence in Service Quality, 2007. 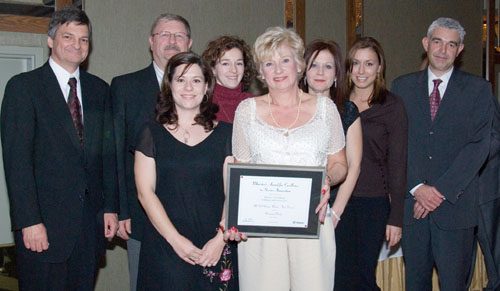